So I used this to automate the character generation process for the new superhero game I'm making. It'll help me with playtesting and might be fun for y'all to play with

Things to know if you wanna play with it:

-With the first roll you get a choice, and choices are built into the system, that's why this all doesn't run on one button.

-The game has primary and secondary powers: Secondary doesn't necessarily mean less powerful, it just means people who have that power usually also have another one. Like: flight is secondary, even though its pretty good, because most superheroes who can fly can do something else. In character generation, if the first thing you roll is a secondary power it radically increases the chance of getting another power or enhanced stats.

-Likewise power/gimmick generation has two rounds: in the first round you get powers or gimmicks that will help define your character, so a lot of boring utility powers (like "Energy Detection") only show up in the second round. This is so you don't end up with a character who has Energy Detection and nothing else.

-Boosts: Some results say you get a "Boost" that just means you can get 2 extra skills OR reroll a result until you get a different, better result. You can use a boost for either. Once a Boost is spent it's gone. You start character creation with one Boost--so if you roll a power/choice of powers you don't like you can use your Boost to spin again.

-The purpose of the character gen system in the game is to create characters that combine the unexpected emergent properties of random character gen while still making characters that are fun to play and not just completely goofy. Like more interesting than "You want to make a super soldier so you spend points and ta daa now you have one" but easier to be invested in than "Ok, you have superspeed and enhanced smell, now roll skills". This was hard and this is why character gen is kinda complex (not slow, really, but lots of options). So if you try it, see if it spits out a supercharacter you would play.


Playing with it will be a litttttttle janky for y'all for a few reasons:

-A few times where my actual table says like
19-20 Some result
instead of
19 Some result
I just pasted it in to Angus' widget anyway as-is so the odds are a little different than they would be if you rolled it. Ignore the item numbers.

-Some of the powers you'll see the name and be like "What is that?" because they have obscure names--and I didn't rewrite them just for this blog entry.

-Some of the steps in the process might refer to "tags"--these are like just names for power themes. So like Claws are tagged "Animal" (because people with other animal powers often have them) and "Alien" (because people with other alien-body-shape type powers have them). Giving you the list of all the tags would require listing all the powers which would make this page really hard to navigate. But y'all are smart, so if you get "Energy Attack--Flame" I bet you can figure out that one is tagged "Elemental" and then if it tells you "Same Tag Primary Power" you hit the Full Primary Elemental Powers widget. When in doubt, pick the kind of tag you think goes with that power and we should be close enough.

-Different powers have different ranges of available starting Levels (so you could have "Energy Attack--Flame: Level D8") and I don't have a widget for randomly determining your power's level because there's hundreds of powers and each has a custom range. So that part we won't know, but the rest you can do.

-Power/gimmick generation is divided into 2

(So this'll give you a choice--usually between 2  powers but possibly slightly more complex, pick one of the choices. The powers this button gives you are "Primary Powers" unless otherwise noted. If you don't know what it means, ask in the comments.)


The tables below you probably won't need unless you roll a specific result that tells you to roll on "First round..." etc, chances are it's time to skip down to the Second Round. 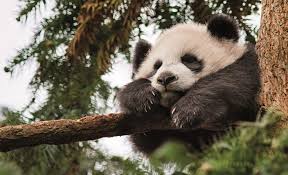 
These are non-powers that are cool enough to be like powers. Like: Green Arrows arrows ("Various Devices(Gimmick)"), Punisher's guns (Personal Armory)(Gimmick), or Shang Chi's kung fu ("World's Greatest...")
Head back up to the panda and roll after you get one of these


Powers involving the 4 classic elements. These will spit out earth, air, fire and water powers so you may wanna hit the button more than once if, say, you have a power that involves fire and want another fire one.
Head back up to the panda and roll after you get one of these.


Head back up to the panda and roll after you get one of these.

Head back up to the panda and roll after you get one of these.


Powers that can only be explained by having your body altered in a crazy way characteristic of pretty much only comic book science, like flying without wings or a rocket or anything else.


Powers involving magic but also ones that could only be explained by magic. "Sorcery" is the general purpose Dr Strange/ Dr Fate power
Head back up to the panda and roll after you get one of these


Powers involving altering basic physical laws, narrowly construed. Technically all powers are this, but the idea of tags is "If you have x power, you are likely to also have powers from list y.
Head back up to the panda and roll after you get one of these


"Energy" here means the more generic kind like whatever shoots out of Cyclops' face. This is comic book science so those things are different kinda.
Head back up to the panda and roll after you get one of these


Your job in civilian life. Now go down to stats...

Stats: (unless you get "Enhanced..." roll them below. Roll "stats" 7 times and rearrange if you want.)

A score of D6 is average, D12 is the max, if you have a Boost you can reroll a score til it's better.


Each skill is one die-type higher than the associated characteristic, so like if your Agility is D12 your Burglary is D20.

You get 3 skills plus whatever you got for your occupation.

The Skills and their associated characteristics are:


Agility
-Burglary
-Driving (it’s assumed you can drive, this is fancy driving, and also general car trivia)
-Exotic Weapon (this includes pre-modern things not covered under melee or firearms like bows, throwing knives, whips, etc. You have to pick one category specifically like “Exotic Weapon: Bows”, but you get it at two Levels higher than your agility)
-Firearms
-Pilot/Drive Other (anything not a car that requires training: motorcycle, boat, helicopter, plane--pick one now)
-Sleight of Hand (any kind of tricky task involving manual dexterity)
-Stealth

Toughness or Agility, whichever is higher
-Athletics (if you pick this, in addition to Athletics at the normal score you also get to choose a specific sport or kind of training: swimming, triathalon, tennis, mountain climbing, etc. and you get that at two Levels higher. Additional specific sports chosen after that are also at Toughness/Agility +two Levels higher. If your sport is wrestling, boxing, etc you have to take Hand To Hand instead—it comes up a lot. Same with target shooting and Firearms, etc.)
-Hand to hand combat (also includes using most simple melee weapons like swords, clubs, brass knuckles, knives, etc)—You use Hand To Hand instead of Agility to hit, grab or avoid being hit or grabbed in close combat. Damage is still based on Toughness, not this skill though.
-Martial Arts—this is like Hand to Hand but better. It costs two skills:
*You use it like Hand to Hand (above), plus…
*You may try to dodge as many incoming melee or missile attacks (physical ones) as you are attacked with in a round.
*Unsuccessful melee attacks on you (ones that miss or that you dodge) allow you to use a special move against whoever missed you on your next action, whether that’s in the same round or the next (except Speed Strike, which applies to the next round). Pick two of the following moves specific to your style when making your PC:
.Wrestling/Hold: Gain an extra die to grab, restrain, or throw that foe on your next action.
.Boxing/Punch: Gain an extra die to land an unarmed blow on that foe on your next action.
.Kick: Gain an extra die when rolling unarmed damage (roll damage twice, pick the highest) against the foe on your next action.
.Precision Strike: No penalty to make a melee called shot against that foe on your next action.
.Weapon Strike: Gain an extra die to damage (roll damage twice, pick the highest) against the foe with a melee weapon on your next action.
.Speed Strike: Automatically resolve your action before that foe in the next round, no matter how high they roll. Your action must be an attack (not a dodge) against them for this to work.

Toughness
-Berserker (after the first round of a fight you can go into a berserk rage—you ignore the Berserk Level Number of points of damage but will attack the nearest enemy until the fight is over and cannot take any noncombat actions until every enemy is out of your sight (or otherwise undetectable). Afterwards you must rest for d10 rounds and are at minus one Die for d10 minutes.)

Perception
-Occupational (soldier, student, truck driver, etc—this represents the skills necessary to do a job. If one of the job skills is covered by another skill here, the occupational skill doesn’t cover that. So if you had “Occupational: Police Officer” that wouldn’t cover shooting. You’d have to pick up Firearms separately.)
-Outdoor Survival/Tracking
-Streetwise
-Therapy (talking other people down from certain Calm loss incidents, but can also be used to see if someone’s lying, etc)

Appeal
-Animal Handling
-Deception (this includes both ability to disguise yourself, and acting/lying generally)
-Persuasion (being good at talking—this only includes telling the truth though or advocating for something you want, unlike just Appeal, it doesn’t make you good-looking)

Intellect or Perception, whichever is highest
-Well-traveled (a successful check means you can add Local Knowledge of a place other than where the campaign began at the skill lLevel minus 1 Level—minimum of 2. You can use this any number of times.)
-
-
-

Email ThisBlogThis!Share to TwitterShare to FacebookShare to Pinterest
Labels: i am the weapon, plugs, reader participation, useful things

This is cool. Knew it was only a matter of time before you made a super-hero game. There hasn't really been a good one since the 80's/90's (Faserip, DC Heroes, Heroes Unlimited.) I've made a couple myself. Look forward to this...

Does "Enhanced Perception" without a qualifier such as "D20+D4", bump Perception up one level?

This is going to be awesome and a lot of fun! I hope when this is done, you do a take on science fiction (after games on horror and super heroes/powers).

Woah! You've gone wild here zak, let me know if you want to shove all of this into a one-button-click widget, if everything is already like this it shouldn't take too much more to wrangle.

I love learning more about this topic.
Good post thanks.

When it's ready to play I want to make a character for this game named Captain Catpack who has the ability to summon Demon City like horrors to fight supervillians. He will pull his arcane powers from the dark realm of acronymia.

New version is alive! It's got nested sub-tables and the ability to link multiple results to one button. Check it out