From Roland Barthes' lectures, Collège de France, 1977 (from How To Live Together: Novelistic Simulations of Some Everyday Spaces, Tr: Kate Briggs): 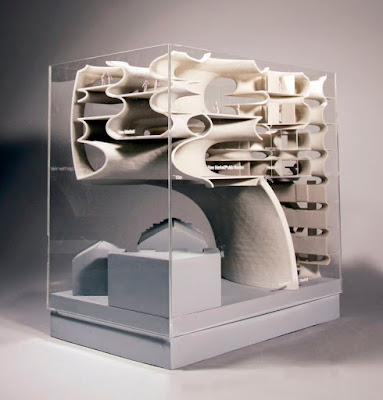 Novels RPGs are simulations that is to say fictional experimentations on a model the most classical form of which is the maquette. The structure, an outline (a maquette) through which topics, situations are let loose.

Take note: the game is normative it wants to resist, prevail over the disorder of the given, it thinks of chance as disorder.

But our method—the one we're adopting here—involves shuffling the cards and dealing them in the order in which they appear. For me now whenever I'm working anything any thematic grouping of traits (of index cards) always makes me think of Bouvard and Peuchet’s question: Why this? Why that? Why here, why there?=An automatic distrust of associative ideology (which is the ideology of the ordered presentation genre.) The card players motto: “I cut the deck”. I react against the fixity of language.

The systematic gradually breaks down, is disappointed—the non-systemic flourishes, proliferates. Yes something direct has to be put in place in order for the indirect, an unforeseeable to emerge. 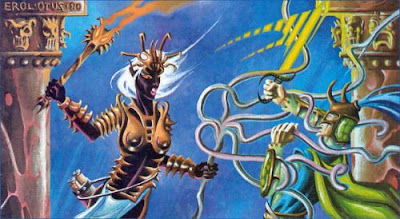 Now the first force I am able to investigate, to interpolate--the one I can see is it work within myself even through the illusions of the imaginary--the force of desire. Of, to be more precise (since it's the point of departure for our research)--the figure of the fantasy.

Let's be clear that a fantasy requires a setting (a scenario) and therefore a place.

Now fantasy=scenario but a scenario and bits and pieces always very brief=just a glimmer of the narrative of desire. What's glimpsed is very sharply contoured, very brightly lit, but all of a sudden it's gone: a body I catch sight of in a car as it goes around the bend before it plunges into the shadows.

I engage in the exhausting strategies of desire.

I truly believe that for a teaching GM relationship to be effective the speaker GM should know only slightly more about the topic than the listener player--sometimes, on certain points, less--this is the process of exchange. 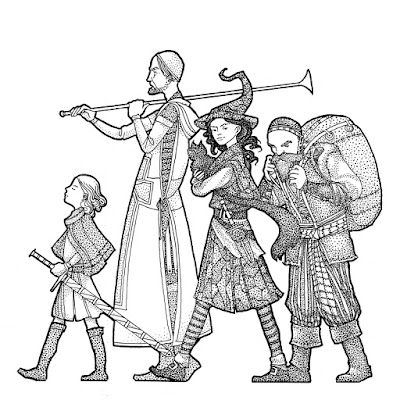 But what's the fascination of the small group (the gang, the sanatorium)? The state of autarky (autarkadia: self-sufficiency) contentedness=plenitude. It's not the emptiness that draws us in its the fullness of or if you prefer the intuition that there's a vertiginous vacuity to the plenitude of the group.

Autarky: strong intradependence + 0 extradependence. Independence marks the boundary and so gives the definition the mode of being of the group.

Bion makes this clear “Leaders who neither fight nor run away are not easily understood”. 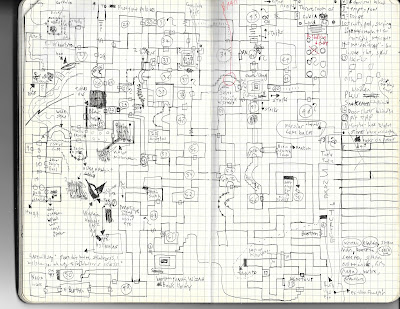 Description of the protective enclosure: Robinson Crusoe meticulous almost excessive quasi obsessive set of defenses against others as soon there's a suggestion of the presence of another man on the island (footprints)--> mad defensive measures. A house that's completely buried from view, invisible whole system of fortifications, of hiding places, enclosure as craziness, as an extreme experience.

Already in Robinson Crusoe--a "healthy" "rational" "empirical" subject if ever there was one--panics at the prospect of danger (the footprints in the sand) endlessly reinforces his defenses. Absolute protection is never achieved (mirage asymptotic). Stockade enclosure camouflaged by a thicket, no door--unmistakably the theme of absolute enclosure--just a little ladder that Robinson pushes up behind him. The colonists apartment in the granite wall in the Mysterious Island--a ladder that can be pulled up then in an elevator. The symbolism of burying oneself below ground and walling oneself up is based in the empirical fact of protecting oneself (symbolically speaking, the only absolutely protected space is the mother's womb). To go outside is to be exposed, to be defenseless, it's life itself. Making it impossible for enemy to get in gets converted through access through neurotic exaggeration into the self-imposed impossibility of getting out.

Piranesi: prisons are supposed to be the anti-hut (note that they’re vast, anti-cellular structures demonic capsizing of levels)—> Space of crisis, of drama, of the sublime (Burke= “a sort of delight full of horror, a sort of tranquility tinged with Terror.”)  Piranesi: “out of fear springs pleasure."

The Labyrinth: Symbolizes the paradoxical labor whereby the subjects sets about creating difficulties for himself. Walling himself up within the impasses of a system. It is the archetypal space of the obsessive. The Labyrinth is this space of active enclosure. Endless futile efforts expended on finding the way out. In the subjects effort to find the exit he only acts exacerbates his only his own imprisonment. He walks, constantly changes direction, etc yet remains in the same place. Labyrinth: a system that's hermetically sealed by its autonomy. Example: The system of a love affair--once inside there's no way out, and yet the labor it requires is immense. Finding a way out an almost magical act: the glimpse of a thread of a different system through which you then have to pass--Ariadne's thread. The Labyrinth is a very effective symbol of that state, an inextricable system of walls, but one that's out in the open air graph paper there's no roof...To someone looking on from the outside (looking down from above at their notes) the solution is obvious, in contrast to the person inside it: a situation typical of a love affair. 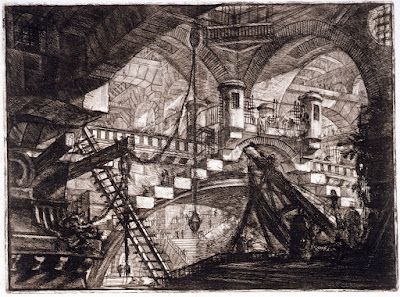 Check it: Red & Pleasant Land is Reddit /RPG game of the month--and it's not even a game.

(1) Mr. Barthes' text looks like it has been mad-libbed by a random generator. "Shuffling the cards and dealing them in the order in which they appear", indeed.

(2) No womb is absolutely protected. A labyrinth mustn't be hermetically sealed. Somebody has to say to Mr. Barthes: "liar liar your pants are on fire".

DISCLAIMER: the author of the previous post claims to have Aperger's Syndrome. (But that's old news.)