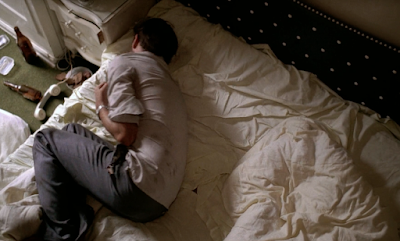 Film is the deepest well in terms of horror ideas and images, and if I started talking about great horror movies we'd be here all day, but a few stand out as being particularly relevant to the specific tasks of a Demon City Host:

Robert Wiene’s silent classic of moonlight and hypnotized lunatics The Cabinet of Dr Caligari has been called the first horror movie, but it’s especially important here because the city—depicted not through ordinary photography but through expressionistically painted sets whose black outlines merge with the contrastily photographed actors—is itself a compelling character. In RPGs, there are no pictures, so if you say “the roofs slant diagonally toward a moon bisected by eerily thin smokestacks” well—that’s what the players see in their minds—and that’s great.

John Boorman's Point Blank is neither horror nor quite modern (it's from 1967) but it's a collage of neo-noir images and characters--black-eyed men, stiff drinks, car crashes, revenge, corruption, nightclubs, stylish dames, long shadows, guns, airports, and perfect sets full of reflective surfaces--and an extremely efficient one, because the movie doesn't do anything except follow Lee Marvin as he hunts down his enemies. A vision of the city as isolating-by-day-crowded-by-night crime-playground that builds on classic crime movies like The Big Sleep and echoes forward through everything from Chinatown to Grand Theft Auto. 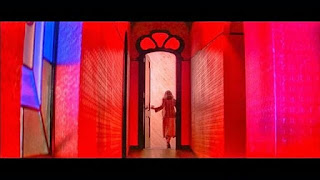 Dario Argento's Suspiria--a luridly-colored girls-school witchcult flick--is notable because, over and above suspense or even shock, this film emphasizes panic— the easiest horror emotion to sustain during RPG-style combat. Keep an eye on how he uses escalating revelations and dramatic swerves in pacing to keep the audience on edge.

Though Steven Kostanski and Jeremy Gillespie's recent The Void draws on a lot of older films, its fast pace and narrow, low-budget focus on a small cast dealing with a single problem (they're trapped in a hospital where something awful is going on) makes it one of those rare films whose set-up could be lifted whole hog for an RPG scenario with almost no changes. It has a handful of frantic fight scenes, a variety of bad guys, improvised weapons, ticking clocks, tense choices and even that old RPG standby: the party tossing a captured NPC down the stairs ahead of them to check for traps. 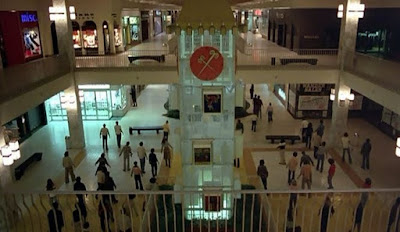 George Romero’s original 1978 Dawn of the Dead is, likewise, a two-hour RPG set-piece adventure: the party is trapped in a shopping mall and the zombies are trying to get them. Like true PCs, they have to build defenses, think as a team, move in bursts and use everything in the environment to their advantage. And, like a good Host, Romero’s chosen a setting that’s interesting as both architecture and content—it’s got escalators to run down, glass walls to watch zombies from behind, and an implied critique of consumerism.

Similarly, Jordan Peele’s recent and excellent Get Out also combines social commentary with a structure Hosts can steal wholesale: the villains draw the main character into what's for them is a usual modus operandi and the plot consists almost entirely of him bumping into eerie side-effects of it that make no sense—at least until the big reveal, and then it’s all about survival. Also addresses the kind of perennial Host problems in this sort of Invisible Dungeon plot like: Why don’t they call the cops? and Why don’t they use their cell phones? 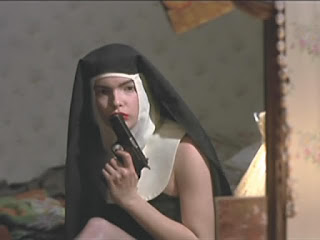 The sleazy Abel Ferrara’s Ms .45 is a sleazy tale of one woman’s rape-revenge on the sleazy men of the sleazy New York of the sleazy 1970s (inexplicably released in 1981). The scenes of the initial crimes and her final revenge both evoke a nightmare vision of the city and the mute vigilante main character is a very precise depiction of a player staying in the game and in the spotlight at 0 Calm. 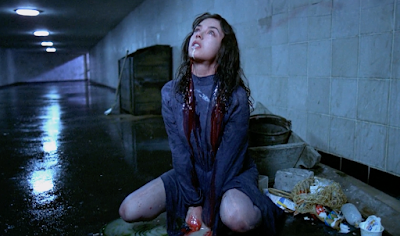 Possession by Andrzej Żuławski is probably the best, or at least most interesting, depiction of the various effects of Calm loss. A good chunk of this gorgeously photographed urban horror/psychodrama is just a couple freaking out at the world and each other. Isabelle Adjani won Best Actress for her frenzied performance and Sam Neill should inspire a shock of recognition in gamers everywhere as, acting opposite, he swings from wooden, amateurish delivery to genuinely harrowing mania and focus in the course of a single scene. 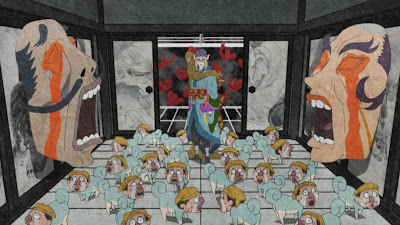 Takashi Hashimoto's animated show Mononoke (not to be confused with Princess Mononoke--the word just means "spirit" or "ghost") combines genius neopsychedelic animation with classic ghost-story themes. Easily findable on YouTube as of this writing, the typical episode starts out with incomprehensibly eerie visual poetry that gets resolved when the Medicine Seller (a traveling exorcist) explains or guilt-trips the episode's murderer into confessing the details of a ghost-spawning crime with almost Columbo-like efficiency. A wonderful place to steal creature visuals and simple supernatural plots. 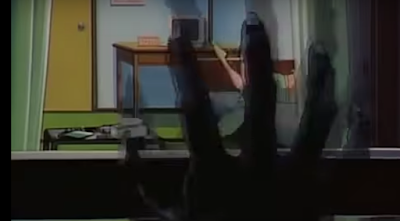 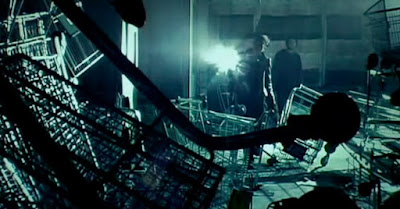 28 Days Later by Danny Boyle is famous for the introduction of fast zombies, and the first half’s scenes of desperate pursuit and combat through a contrasty, widescreen London are platonically ideal Demon City action sequences.

Beyond The Black Rainbow by Panos Cosmatos is a creeping hallucination of polished retrofuturistic geometry and impossible id-plasm rotating around some kind of plot about a psychic research facility. Worth a look to see how much can be done with a simple story (psycho traps a victim, tortures her, she escapes past a few weird hazards), a handful of evocative images, and a single creepy NPC. 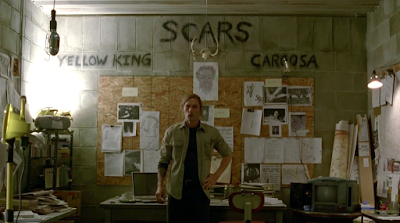 The first season of Nic Pizzolatto’s True Detective not only combines elements of horror and crime procedural (rarer than you’d think), but, perhaps more importantly for Demon City, it elaborates an idea of corruption in every direction. The investigation of corrupt rituals by arguably corrupted cops (one of of whom has a strong sense that human existence itself is corrupt) runs afoul of a corrupt power structure in a corrupt place where the corruption is practically written on the landscape.
-
-
-
And now, a word from our sponsor:

This is awesome. A lot of stuff here I haven't seen or heard about.

Side note: I'm really curious to hear about campaign structure and how to do sandboxing in this world.