Sharaz-De: Tales from the Arabian Nights by Sergio Toppi... 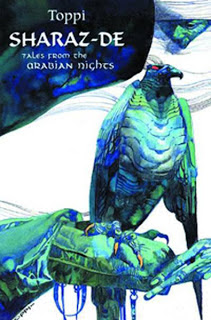 1.  ...the snowy peaks of Bashra, where Hyrkanian tigers lose their color in winter
2. I have a garden filled with birds
3. Each day the king takes a new and beautiful wife, and she is dead the next morning
4. The land is ravaged and sullen. Sharaz-De goes forward to end this, by sacrificing herself
5. An owl that listens to stories 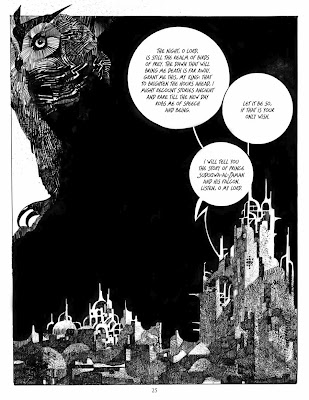 6. A hunter prince with a great falcon who lives in the mountains
7. A mirror which shows not the one who gazes but the one that they love
8. A prince calls a great hunt
9. A golden-horned animal pays homage to a monarch--this is not a good omen
10. An animal that speaks only with its dying breath
11. A pond made from the drool of a great dragon
12. ...the cries of stones scalded by the sun terrify travelers
13. Attempting, and failing, to placate every demon claiming jurisdiction before undertaking an important task
14. The punishment for the sin of the father visited upon the son
15. From all corners of the kingdom came wise men and mages to try and heal the young king
16. Leprosy hidden behind a silver mask
17. A columnar hill, surmounted by a dome, where executions take place
18. A wise man's disembodied head, kept in a jar, talking
19. A great black book bound in a serpent's black skin
20. A blank book, with poisoned pages
21. A summoned demon guards the rear flank of a mortal army
22. A subordinate buried alive for drunken dereliction fo duty
23. An arrogant demon whose fatal flaw is his eagerness to prove his powers
24. Mysterious signs form in the blood of a dead fish
25. A fortress-isle of magnetic iron to which ships are ineluctably drawn
26. The gold domed building is the head of a vast golem
27. A man forbidden to speak a certain word, lest he be turned to stone
28. A man who rides a giant turtle
29. A merciless monarch served by a formidable and honorable general
30. The animal which was spared turns out to be a grateful demon
31. A man sworn to always be merciful on pain of being transformed into the victim of his cruelty
32. The party accused of a crime recently committed by someone else
33. A rock shaped like a hand that covers a round stone concealing a tremendous treasure
34. A magic sword requiring communion with the deepest abyss of earth where metals unknown to man boil in fusion
35. Kumaz, great bronze-hoofed beast, destroyer of fortresses
36. So there's this prince, right? And this magic dwarf helps him conquer everybody and the dwarf's like "In return, I wish only for your #1 babe" and the prince is like "Whatever"
37. Great Mu'Awyah, forced to murmur his stories while balancing on a rock, where a tyrant had banished him
38. Hot immortal babe entombed in a rock 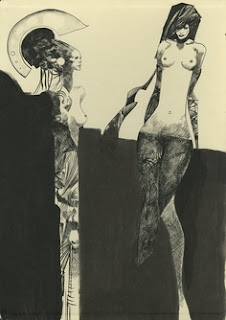 39. Scarlet rocks licked by sourceless rivers where great ruby-eyed birds fly overhead
40. Jade riders on proud destriers
41. The treasure speaks at the trial of the thief who stole it
42. Iblis, the Lying God, disguised as a poor man
43. A difficult question that, until answered, will pull at the soul as a geas or quest
44. An egg of the great falcon, Shamak, a bird sacred to all those who live from plunder--it will save you from brigands
45. A serpent whose bite summons sleep
46. A trickster who tells his victim to seek out the wise woman he then pretends to be
47. A jackals shoulder blade, engraved with vital information
48. A wandered who begs everyone he finds to read a blank scroll
49. A conspiracy of disgruntled wise men, dismissed by their patron
50. A man forever enthralled by stories within stories 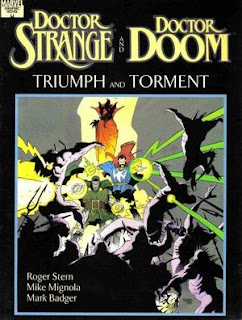 51. A man so old he no longer knows his own name
52. A faithful servant who forces his aged charge to eat
53. A would-be apprentice travels a vast distance to seek a master, only to be refused. He is enraged.
54. A vain man possessed of a minor injury he would hide from the world
55. A secret order of mystics unknowingly aiding the schemes of a lunatic
56. A senile man whose mind is clear once every hundred years
57. An overgrown temple, excavated and prepared for a coming ceremony
58. Words which only the highest-level wizards in the world can hear, and which they all hear at once
59. A blue-skinned witch from Atlantis, who survives on the surface with her head in a cloud of mist held together by sorcery
60. A king served by golem-replicas of himself
61. Accidentally casting spells while asleep
62. A mystically sealed memory, only opened at a command word
63. A temple in the shape of three colossal faces
64. A multicultural gathering of the world's mightiest sorcerers to contest for a great honor--the winner must perform a service for the next runner-up
65. A scholar sworn to serve the gods forever in exchange for knowledge
66. A triarchy of divinities--a gracious lady, an all-seeing wizard and a tiger with eyes that burn
67. A hostage trapped in emerald
68. Any attack on the artifact turns the attacker into a zombie
69. Learning magic by eidetic memory of verbal, somatic components
70. The entity responsible for your spell is the thing you're fighting
71. An evil wizard-king seeks your aid in freeing the soul of his mother from the clutches of a demon
72. Every hundred years there is a ritual in a temple. It destroys the temple. So there are many identical ones all over the world and new ones must constantly be built. (Explains a lot.)
73. A ruler as evil as he is beloved
74. Cynthia Von Doom must have been a mystic of considerable skill
75. Diaries reveal the clues to the fate of a victim of a evil forces
76. Repeated, failed attempts to rescue a lost soul
77. An iron hoop, candles like numbers on a clock, a witch in the center
78. A tyrant enthroned to save a persecuted people in a pact with a devil

79. Unbeknownst to the wizard, the power granted by the demon is too powerful--the first time it's used on any target, it targets everyone in the area.
80. The chest full of cursed arcana can neither be destroyed nor lost
81. The wicked baron scours the land for the renowned healer
82. Your apprentice is evil
83. Each midsummer's eve, when the barriers between worlds are most easily breached, I have called the powers of hades into this chamber and challenged them on my mother's behalf
84. Incantations that rhyme
85. A demon, worm-bodied and tiger-striped
86. An adventure that requires going to hell
87. Throne of boulders and monstrous skulls
88. A mystic sandstorm splits the party
89. Once the party's split, the most ambitious party member is offered a Faustian bargain
90. Flashbacks to past sins, trying to use your own despair to crush you
91. This demon's only job is to pour napalm into his boss' cup
92. Trap--touching the enemy's inert body causes paralysis 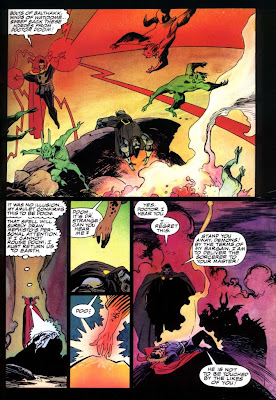 93. Antimagic crystal
94. The soul is a moth in a diamond
95. If you perform an evil act in this place, you can never leave
96. Channeling the bad guy's own zap can shatter his devices
97. Altruistic acts + magic =  holy smite
98. The demon wants to keep you alive because he can't ensnare your soul if you die while you're still good
99. Good people annoy demons and they want them gone if they can't kill them
00. It is essential that the villain feel as though he owes no-one anything

These are great, but I think I might use them for the PCs' dying dreams (yet another excellent idea I've gimped from you). I'm interested to see how the potential significance of each plot element will mess with my players.