Hexes for the big map... 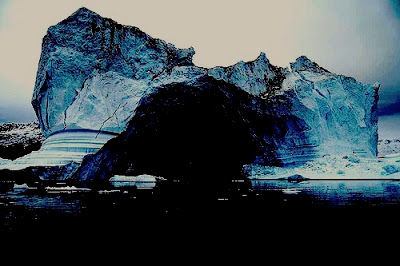 1 Northwest corner of the world. The water flows from two directions over the table of our sealevel and onto planes at right angles to ours. Desperately sad.

2 A ghost ship. 17 skeletons. The captain is an Eye of Fear and Flame. In the hold: 15 white librarians (serpentmen). The skeletons have slain the rest of their countrysnakes and will perform a ritual which tosses their knowledge over the edge of the world and erases those facts from existence. Corpses and mold, and broken holy symbols.

5 A head. It belonged to a duchess of the Isle of Oth who lived in Vornheim. It floats. There's a bottle in her mouth containing the following message: To my most clever and unfortunate friend, Igra Belbent, Ninth of Hogg, I send greetings from Frothingforth gaol. This past season has been (I have no doubt) a black joke perpetrated on this family by the omnipotent author of all things. I trust that the news of recent events here has reached you, and I likewise trust you received the needle I sent earlier, for otherwise you would be entirely unable to read the words I now set down. Though I am indeed made weary by the strain of maintaining this deception, I see the necessity in it, as, I am certain, do you. It is vital that you investigate Lord Veel and his Grey Army. To do otherwise is to risk what little you have left. Your most humble servant, Domma Portia P.S. It's in the third drawer down behind the knife.

6 The Speckled Bastion--a fortress of 289 exiled amphibious vampires of Nephilidia. Their leader is a 5th-level wizard, and quite mad. He seeks to overthrow the Pale Queen. 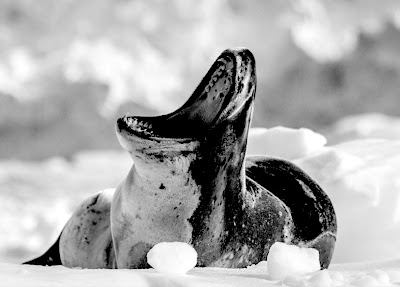 7 A forest. Burned black, polished to a gloss, and the branches tapering to spikes. Countless armies are impaled here, including their horses and dogs. At least half these soldiers (Of the speckled bastion, Hex 6) and their beasts are undying and struggling to kill everything in reach, especially the soldiers of differing armies. A disfigured two-headed mutant man lays face down in the ground. His body is half purple & half blue. Characters who investigate the body must make a save each turn or suffer a random mutation.

8 Skulls fall from the sky.

9 Flesh Golems have been sent by the Pale Queen to find a child and feed it to witches. The corpse of a kraken rots on the shoreline

12 The surface of this large iceberg has a floorplan carved into it. It clearly depicts the Snail Quarter, with a summoning circle in the home of Count Leopold Von Vorg.

13 THE ROVING ICE SALTS OF GYRE : Brave travelers visit a prized salt baths carved into the free-floating iceberg. One is a doppleganger.

14 A lizardman in a cunningly-crafted floating gibbet. He knew too much.

15 Dead treants from before the recent ice age. Ice goblins ruled by the Invoker of Wolves--an ettin, one of whose heads is schooled in the mystical arts and mystically joined to the ettin in Hex 111. They are headquartered in a ruined monastery. They carry chain nets.

19  NORNRIK: Cruel white elves rules by a pair of frost giant queens--The Queen of the Borrowed Light and the Light of Borrowed Bream. One is in love with a tiefling cleric due to the interference of a demon.

20 The Shrine of the Frayle a settlement of 338 white elves ruled by Nazirond Khrohle, a 4th-level wizard who believes that the sun is slowly destroying him.
-
-