Every Tomb, Every Tunnel, Every Inn, Every Mountain

It turns out all of the (or most of the) Baedeker Guides are online now, thanks to Emory University. 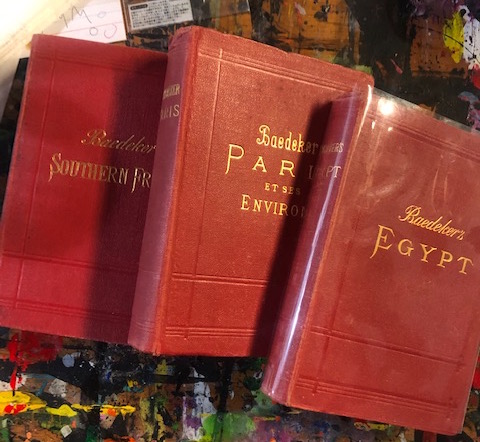 If you don't know, the Baedeker Guides were ostensibly travel guides but were really a kind of post-Victorian, early-car-tourism, pre-internet attempt to catalogue the contents of the entire planet in the form of tiny red books with fold-out maps. They were so monomaniacally detailed that one intelligence officer described them as "Written by spies for spies". 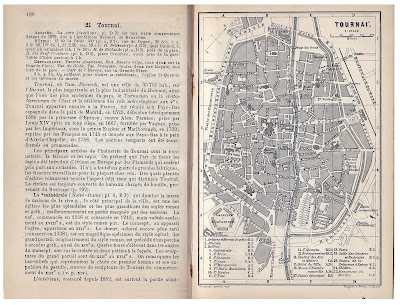 Here's one of the fold-out maps--keep in mind this fit in a book that was small enough to fit on your outstretched hand, without going past your fingertips: 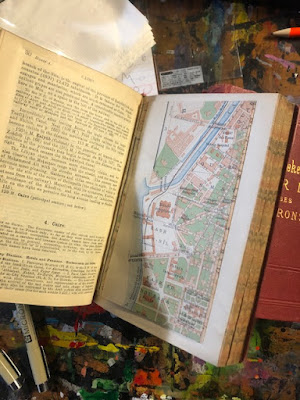 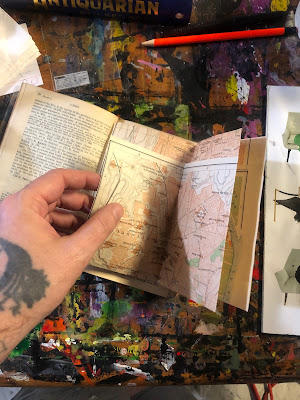 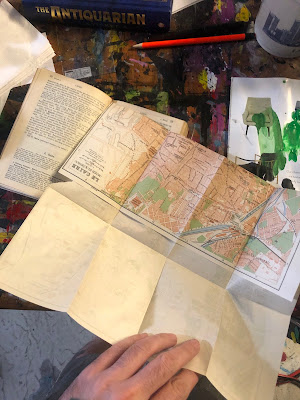 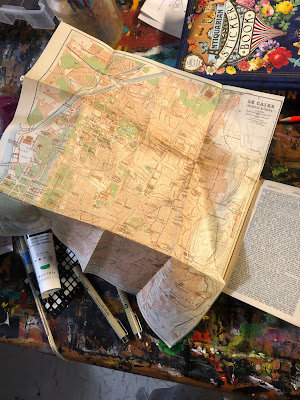 Here's a random page about the National Gallery from a 1908 Berlin Guide: 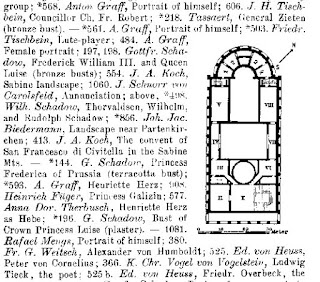 They are completely fucking bananacrackers.

And like most things that are completely insane, they're of great interest to RPG fans. If you're running Call of Cthulhu you're totally sorted for every turn-of-the-century city and most of the countryside in the western world plus a few places outside of it. If you're running a fantasy world, just pick a random part of the Belgian seaside and start describing nearby hills and lighthouses.

I have a few of these at home--Egypt, Paris, and Southern France--picked up in London in Cecil Court (the famous street of cranky old London antique book dealers--the guy in the all-Lewis Carroll bookstore is so mindbendingly hateful I think Bernard Black was based on him). Every few months I pull one out and contemplate drawing all over it and turning Paris into some fantasy city I made up but I don't. 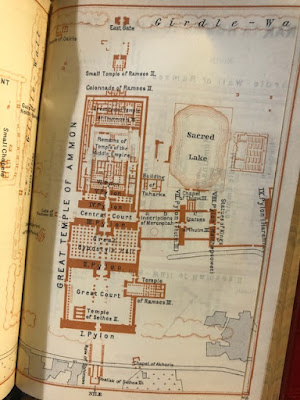 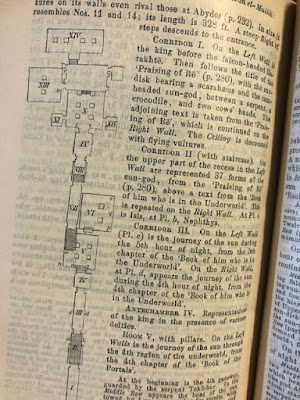 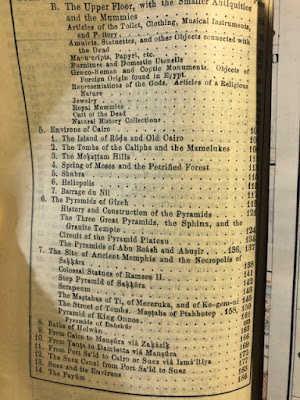 Anyway you don't really have to because yeah.

That is such a cool idea! And if it weren't totally unworkable from a time/effort commitment, imagine reworking one of these guides into a fictional work and just... leaving it somewhere to be found, days or years later!

Thank you for how often you link to public domain stuff that is totally useful.

Always nice to see a reference to Black Books. :D

whats the absolute worst kind of ttrpg to you zak?

mine is: "we had a good campaign with some neat ideas so we took dnd and changed a tiny few things so you can possibly run the campaign the same way I did"
examples are ACKS and Against the Dark Master. Hate this shit. Just imagine if you took the Zak Hack and decided to publish a 400 page rpg out of it instead of it just being a free(? nevermind its gone) supplement

The worst is the kind made so regularly right now, where someone starts with the (inevitably incorrect, shallow) analysis that "x or y mainstream game forces you to play in a way that reinforces (some realworld ill: racism/sexism/colonialism/corporatism/consumerism etc)" and then proceeds to make (inevitably incorrect, shallow) mechanical and/or worldbuilding changes which allegedly serve a more progressive theme.

The art is always bad (because people who think in this mechanical, clumsy way do not understand how art delivers meaning) the information design is nonfunctional (because people too stupid to understand that the fiction you imagine in a game is not actually received by the players as life instructions, so don't understand how the relationship of text to audience works) the writing is bad (because the authors are never imaginative or subtle thinkers) and the ideas are lacking (because all creative effort has gone toward "fixing" a supposedly unwoke premise.

And, womp womp, no-one plays them.

They're the modern equivalent of those Christian versions of D&D where you remember bible verses in order to achieve things. The catechism is different, but the minds at work are no cleverer.

As for the Zak Hack:

Whether I publish again is up to -you- not me.

do you have any examples of those kinds of games? because it kind of sounds like you just described numenera

I'm unaware of any purported social ill numeneara is supposed to be fixing.

I'm thinking more of Farewell to Fear, for example.

the authors have a weird obsession with making sure that every person in the game can't be tied to a real world race of any kind for some reason. they did this in the video game as well and it is mostly just weird. I guess that humans wouldnt look the same as we do in a billion years but it reminds me of that time traveler from the future immigrating to the past to find work episode of south park

anyway Farewell to Fear sounds terrible from its DTRPG description, especially this line:

Elric is a moorcock creation, so redundant, and "moorcock" is nonsensical. I had a whole rant but instead I looked at who made this and they clearly dont really understand the stuff they're trying to take on. They call tales from the crypt puritanical even though WIlliam M Gaines was brought in front of congress and accused of corrupting america's youth, and it looks like that terrible supernatural knockoff ihunt was made by the same team.

How do you even find these people

Here's what most people probably don't understand: I don't go out of my way to get in arguments with brainfried cartoon NPCs--when you are well-known in a scene these people find you.

And it's frustrating that nobody seems to care or want to stop them. Like: I invented a magical blog that finds the toxic people in games like bugs to the zapper, why isn't anyone using it to get rid of them?

you cant stop them, short of shooting them in the head

That is entirely inaccurate and you are not making sense.

A lot of people complain that they had friends who "stayed out of" a given forum or the entire RPG scene because of this or that creator, action, or rule.

People behave badly online because it's fun for them. Make it unfun and they stop or move or change it up.

Oh vomit the Cyberpunk 2077 discourse is so poisonous. People declaring it "not cyberpunk" because the cops pay mercs to murder people isn't a "Dark Future" to you? Why does every single one of these people pretend that cyberpunk is about lbgt people blowing up corporations when 99% of cyberpunk novels and shit are mercs hired by corps to steal shit from other corps? Its not punk rock, its fun genre fiction set in the worst hell

I think any statement that begins "X is about" is usually too vague to evaluate, especially when x is a whole genre.

And, honestly, if you went to art school and spent years learning the histories of art movements and talking about how they're defined and why they're defined, listening to a bunch of STEMmy social media addicts and nerds talking about what is and isn't in a genre is a bit like a doctor watching a poorly-written episode of ER.

Not to say I know better than them, but they just leave out so many things in their discussion that would be bedrock essential in a more rigorous space. And it's clear all of what they say is more about emotional ideas that are important to them than it is about the relatively academic issue of what constitutes a "genre".

These books are amazing. I'd never heard of them. Thank you.

This is a fantastic wealth of information, and something I've immediately shared with my Call of Cthulhu game group. Thanks for pointing this out, Zak!

Happy I could help!

Thank you for the links to these!