This Week In Improbable Murder

An unnamed 12th level wizard fell to a single-hit-die toad this afternoon outside his one-story home in the Forbidden City with his apprentice, also deceased. The toad was reportedly an agent of a hiding druid-- "Well in round one I cast Entangle on the wizard's bugbear bodyguards but he just undid it," said the druid, unwilling to reveal his name to reporters, "So then but in round two the bugbears charged toward everyone obvious while the wizard put up an antimagic globe. So I sent a toad in there because why not? I mean, I love animals and they love me but, seriously, 12th level wizard? Anyway he failed his save vs poison so he's dead now. I got his bracers." 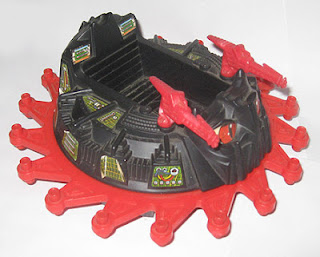 ...allied with a lich," local Baron Blixa Apfelsaft explained "After a useless round where it managed to kill my dog (which had recently been reincarnated as a wolverine, but that's anyway whatever), I threw a grappling hook at the lich, threw the other end of the rope into the rotating-blade golem and that was pretty much that. One hit from some magic arrow Malice picked up somewhere did the rest."

"Afterwards we were all like 'Wait? That was a lich?' and the GM was all 'Yyyyup'"

"The wolverine got reincarnated as an ogre mage later that day. That was a whole thing."

Nyxotte the Denier, cleric of Azag-Thoth, frustrated by a statue of the Buddha unnervingly lacking in any secret doors and worth 0 gp and terrified by the sight of a swarm of fireflies, tried to swim across a silt-larded river in the Underhive beneath Sigil. Something doing 16 points of damage on a bite pulled him under, killing him instantly.

Xorth the Insinuator, cleric of Lolth, appeared seconds later, appalled to find her archenemy dead, but delighted to loot his firearms and don his sacred mask, "I will infiltrate the deviant Unchurch of Azag-Thoth and...you do realize, scribe, that should you print this your life is forfeit?" said the freshly-minted 3d6-in-order elf.

Hey there! I know what I'm writing hasn't got anything to do with this post, but... I seem to recall that you once posted a system for villains searching for the group or their base or something the group is searching as well.
Now the group I'm DMing is trying to carry a 5 tons sacred golden bell that fell from the sky to nearest city through a thick forest + mountain and i would like to find out if, how and when Malithandria the Flesh Witch (courtesy of Jason Holtis) and/or Glaurung the Deceiver (from Asshat Paladin's killing dragons posts) will catch up. It's very much like Frodo being chased by the Nazgul. Can you help??

Thanks a lot! That was exactly the thing!