1. Perform a service for each of 8 infamous heretics on 8 successive Saint's Days.

2. See the sea through the eyes of a hated foe.

3. Touch a wild goose with gloves of kidskin when the moon is waxing.

4. Break bread with a weevil as big as a man.

7. Drink a cocktail derived from the blueblack ink of an ancient octopus.

8. Spin 20 tales for the entertainment of prisoners on 20 successive nights.

9. Break open a vault older than the mammals, and then seal it with red wax.

10. Openly fondle the idols of an Eastern faith in a public square during a lunar eclipse.

11. Stone a giant to death without magic or other arms.

12. Learn an ancient tongue and teach it to an asp.

13. Recover 30,000 gold pieces worth gems from beneath the Earths' surface.

14. Become a prince, command an army, defeat an emperor, then eat a breakfast of cold cereals.

15. See the Cloven Stars from the top of the Gauntgorge Peak.

16. Drink the blood of a vampire that has feasted on the flesh of your closest ally.

17. Pile fifty toads on a pigpike and slay with it a mighty troll.

18. Learn the ways of moths, and imitate them before an audience of thousands.

19. Behead a statue of an evil god, and affix the heart of a greater demon in its place.

20. Save a child from elephants.

21. Save an elephant from children.

24. Burn 40 bridges at least 5 years of age until they fall, incinerated.

25. Discuss mathematics with an orc, a slave, a sleuth, three maidens and an ecdysiast during the holy month of Plas Neer Naxx.

26. Survive a fall from the clouds into the sea.

27. Kill the wizard who cast the curse and the write his name in blood on the wall of every temple for 100 miles.

29. Mold a statue of the moon goddess from the bones of 90 man-slain gnolls.

30. Answer the riddles of worn men in hidden taverns on every continent.

31. Watch pirates die in the coils of eels.

33. Force a hostile duke to break a promise, then slather him in rich jelly.

34. Swim in a bath of scented lemon juice on the far side of the earth.

36. Rescue a madman from a fornicator and send him into the ocean.

37. Bludgeon desert asses with the bones of buzzards on an uncharted island.

38. Defeat an arsonist in a game of chance once a month for 3 months.

39. Mock the aggrieved in a peach orchard after a devastating flood.

40. Find the curate of a bad cult and use his or her desk for weird sex.

41. Smother a rhino in whalegut, and slay 50 foes in a true and pitched battle while painted in its blood.

42. Remove the noses of those who oppose you until their number is nine hundred and seventy nine.

43. At the spring equinox, show deference to a slave and then make his master beg for apple-shavings.

44. Make a powder from the bones of a lich felled by your own hand. Mix it with banewort and flywhile. Drink it.

45. Befriend a flind and aid it in a mad venture.

46. Walk 400 miles on foot, to the Vast Salamander Plain, then drink buttermilk from a conch.

47. Mount the Typhoon Beast of Zorg'rax'ull and ride it until it dies of exhaustion.

48. Learn the Ritual of 8000 Indigos as carved on the Pleasant Wall and thereby banish the Dispersed Megalopolis.

49. Devise a stratagem to defeat the Nine Plausible Grotesques and, accompanied by 4 companions, enact it.

51. Enter the pyramid of Nizin Noxx and acquire the embalmed jugular of a 300,000 year old vizier.

53. Hunt nine unicorns, take their shadows, sew them to the feet of devils.

54. Hunt the Hand of Vecna, attach it to a living host.

55. Find the smallest and the largest beast in Darken Dayr Emmel, cause the former to overcome the latter in a deadly contest.

56. Cultivate and then weave the silk of the Plasmic Moth and wear a shirt of it during the inauguration of a leader elected by plebiscite.

57. Perform one of the Hidden Scores composed by the great Anagorax on the Organ of The 5 Imprications.

58. Travel to the court of the King of All Tigers. Insult him.

59. Discuss the theories of ludology with 2000 virgins. Devise a game they admire. Defend it in public fora for an hour or more a day for 3 months.

60. Seek the Sublime Lawns of the Palace At Trottgeist. Defend them from all comers.

61. Drink the red milk of the Lactating Enchanter.

62. Find the Lost Drama of the Speckled Stone. Perform it in three theaters.

63. Locate the mighty Xag Ya and Xeg Yi, say to each in turn "Come at me, orb". Endure such consequences as ensue. 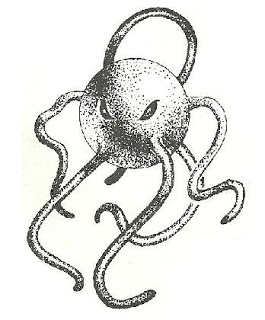 64. Concoct a unique scent from the musk gland of the Murder Ox. Use it to lure the Xiamorgh from its bleak tower on the Plane of Lourdes.

65. Clothe a bastard in the raiment of a Lord of Hell.

66. Murder a frost giant unaided while a red sun burns and the call of carrion birds echoes across the escarpments and pale plains of the colorless waste.

67. Solve the Five Puzzles of Ethreel En Nazh Nathron and obtain the gems of his ancient gallery.

68. Match wits with an alien philosopher until it shrieks and melts into meat.

69. Note the tritones in the mid-day howl of the Sound Fiend, devise a countersong, perform it.

70. Confuse the Parliament of Gargantua with specious notions and then seize their Marbled Jewel.

72. Rescue 12 innocents from death by hanging.

73. Taste the amber fungi of the Butcher's Forest and set down the visions thus initiated in the Book Of Clathchaurn Chlaad.

74. Spy on the Midmarch Court of the Unseelie and report their doings to the Goblin King.

75. Drain the venom from the heads of 3 medusae into a summer fruit. Eat it.

76. Go to the Mourning Height and meet the Flat Scholar. Elope with at least two of his vampire children.

77.  Steal into the fastness of Archbishop Norngillian and replace five verses in the Codex of Nynglisten with corresponding ones from the The Orvalian Heterodoxies.

78. Collect the tongues of astrologers from every nation in your hemisphere and tie them together in an Oracular Orb measuring 3 feet in diameter.

79. Build a house as tall as a Tarrasque in the deepest jungle.

80. Build a bridge-city for inch-high men from lumber, tin and black lead that crosses the River of Impenetrable Devices.

81. Build a ship from only clocks, sail it to the Isles of Drownesia.

82. Erect public temples to a pair of antithetical gods in the center of a great metropolis. Recruit at least 132 adherent for each.

84. Patronize each inn and public house along the Mildewed Circuit, writing an honest account of the service and fare of each for posterity and the benefit of travelers.

85. Purge the Forest of Sclerotics of evil influence with the aid of goblin-hunting dogs.

86. Make the acquaintance of allies separated by a continent, serve as their messenger for five exchanges.

87. Duel all comers during the Festival Of Obscurity in the Rigid Disrict.

88. Recover a rusted box from the bottom of Massacre Lake.

89. Eat of the grains and meats of the land until overtaken by fatness and thereafter decry, before at least 10 witnesses and for at least 8 months, all images of women dressed in the garb of harlots.

90. Adopt a child and pledge, on pain of death, to raise it in the service of the Ring Wolf.

92. Construct a house where noble women come to bathe in exotic lathers and cleansing salts. Staff it with trained tamarinds and burn it to the ground on a dismal Thursday.

93. Roll a living beholder like a boulder over the heart of a sleeping titan and onto its shoulder.

94. Scorn all offers of aid for ninety-nine days.

95. Contrive a scheme that successfully bests the Nimbus Minox in a contest of Labyrinths.

96. Contrive a confection of sugar, water, and hog gelatin, whip it to a spongy consistency, cast into a cylindrical shape and coat it in starches. Roast it over the flames of your most fearsome enemy. Consume it.

97. Consult the Groaning Tarot concerning the fortunes of 5 queens, and then ensure these come to pass.

98. Consult the bald and bearded Torchbearer of the Burning Land. Scorn his counsel for the company of women.

99. Find a goat that is a polymorphed architect.

Fool! Everyone knows the milk of the Lactating Enchanter is green! Although it turns a kind of teal-like shade when he's been eating asparagus.

Turning it red is part of the challenge.

So, would #93 make me an over-the-shoulder beholder boulder holder?

I wish I had one-tenth your ability to come up with this stuff.